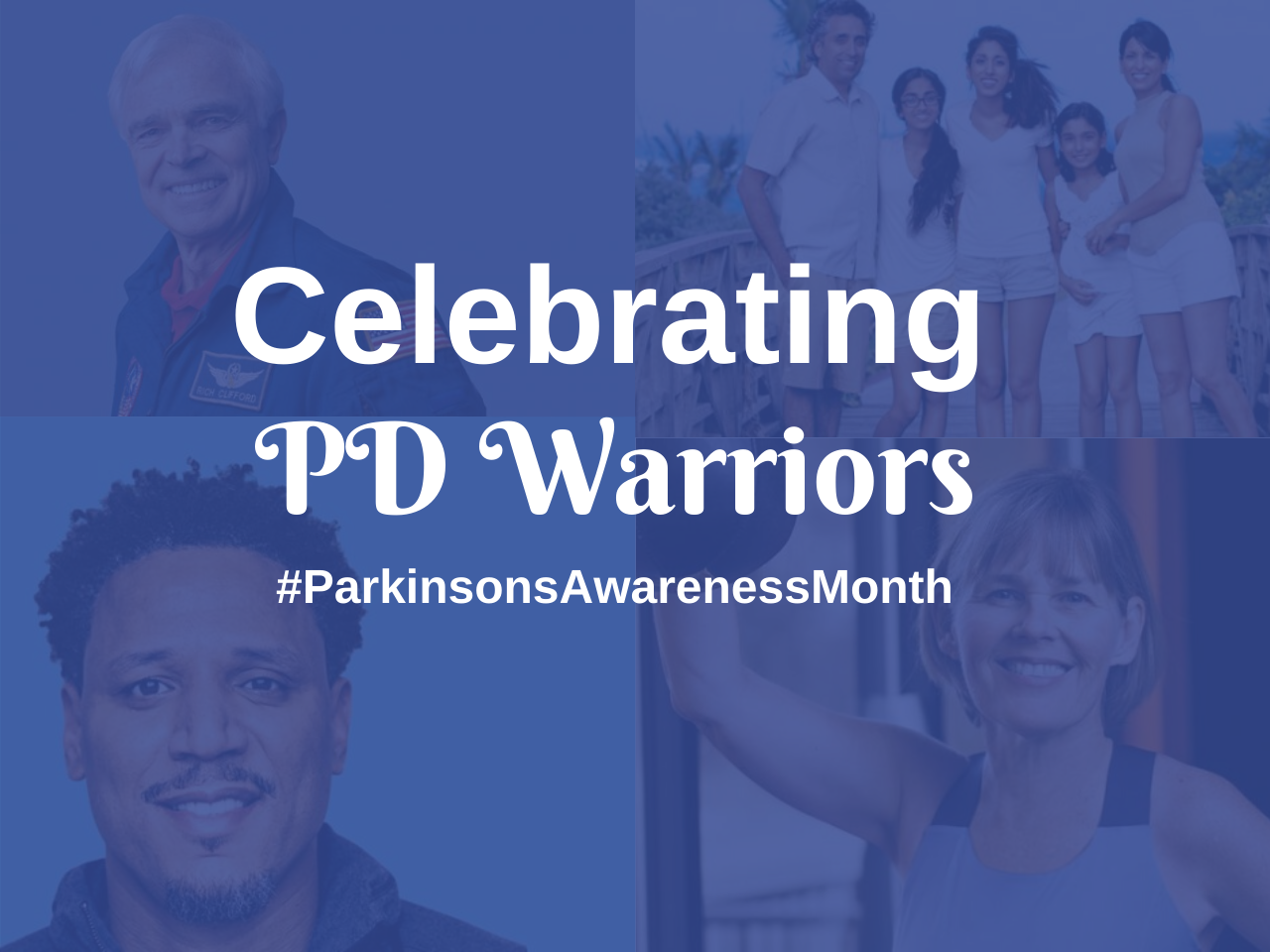 Today, across the globe, people are being impacted by COVID-19, causing not only illness, but also uncertainty and fear. With April being Parkinson’s Awareness month, we're sharing the inspirational stories of PD Warriors who are breaking barriers despite their diagnosis to spread a little positivity during this challenging time. These warriors recently shared their stories with More Than Motion, UCB’s community dedicated to raising awareness of the realities of living with Parkinson's disease (PD), and we're honored to feature them this month.

Parkinson’s Disease (PD) is the second most common neurodegenerative disease, with nearly one million individuals living with PD and approximately 60,000 Americans diagnosed each year.1 Each individual experiences PD differently, but despite the challenges, four influential warriors have learned to live a full and rewarding life with Parkinson’s. Here’s what they have to say:

Colonel “Rich” Clifford was an astronaut when he found out about his PD diagnosis, but he never let that get in the way of his space missions. “You have to be persistent,” he says. “Parkinson’s doesn’t have to change your life.” With strength and support from his team, Clifford was able to successfully continue his career and now speaks at events to encourage others living with Parkinson’s to not give up.

Soania Mathur was diagnosed with PD at an early age and hid her condition from her family for ten years, specifically her daughters, out of fear. Soania says, “Because I hadn’t come to terms with my diagnosis and only focused on what the disease was taking away, I was becoming someone who couldn’t laugh as readily and wasn’t enjoying life with my children.” However, after opening up to her family, she was happy to find that they were supportive and understanding of her diagnosis, and encouraged by being able to teach her girls the value of perseverance.

Brian Grant was an NBA star basketball player when he was diagnosed with PD. “The first thing I thought was, ‘Is this going to kill me?’,” he says. “After I found out it wasn’t terminal, I wanted to know everything I could about PD.” Using his resources and as a result of his own research, he founded the Brian Grant Foundation to help people living with Parkinson’s and their caregivers, live a fulfilling life.

Dr. Karen Jaffe was working as an OB-GYN for years after her diagnosis, hiding it from others because she was afraid of the stigma. In 2015, she founded InMotion, a workout facility for people with Parkinson’s where they can thrive. “Many of us spent years hiding, worried and afraid, with no one to talk to,” she says. “This is a place where people with Parkinson’s can find community and tools to empower themselves.”

Whether in their personal lives or in their communities, each #PDWarrior has overcome the fear of their diagnosis and found ways to raise awareness and bring inspiration to those living with Parkinson’s Disease. This month, and throughout the year, UCB is honored to celebrate the PD Warriors who inspire us every day.

For resources and support, visit parkinsonsmorethanmotion.com.


1 Statistic reported from https://www.michaeljfox.org/. UCB does not endorse and is not responsible for the content on a website not sponsored by UCB.