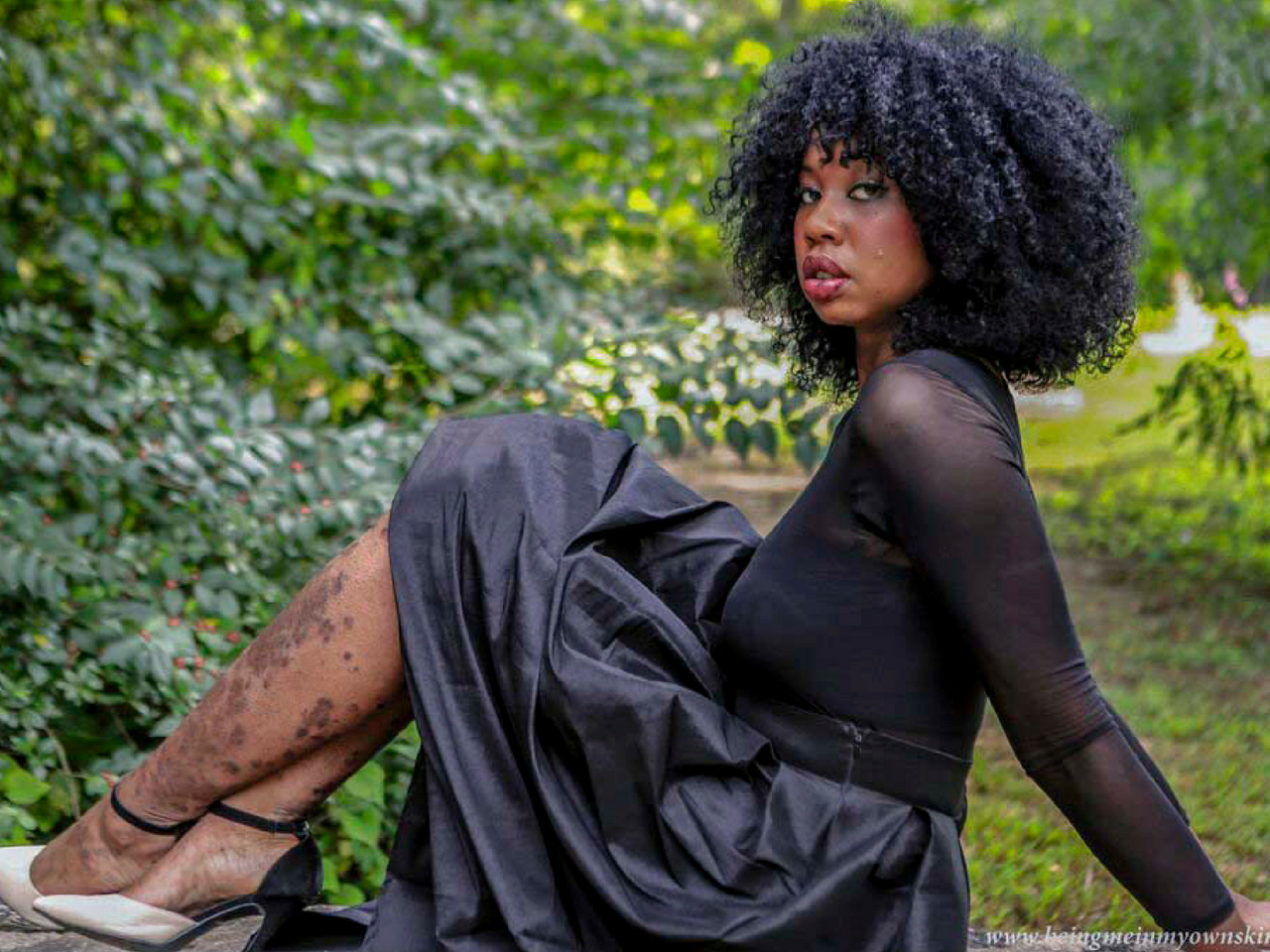 As part of Psoriasis Action Month, Alisha Bridges, an award-winning writer and community advocate, recently shared her story about living with psoriasis.

"I nervously stood on stage in a row of 15 eager young ladies between the ages of 15 and 21 years old. We were holding each other’s sweaty hands with anticipation in our hearts. Whose name would they call next? It was the 2004 Strawberry Festival Queen of Belleville pageant, part of a major annual festival in my Michigan hometown. I took a deep breath and stared out into the exuberant audience.

Just one year earlier, I was in the audience, a high-school sophomore admiring the grace of my classmates who participated in the pageant. I was in awe of the girls who pranced and sashayed across stage confidently in their long, beautiful strapless gowns. I decided to participate the following year. However, there was one dilemma—I was 90% covered with psoriasis: flaky, cracking, bleeding patches of dry itchy skin. Ashamed of my disease, I had avoided any conversation about it and concealed it at all costs. Now it was different: I was up for a personal challenge. Having spent so much of my life avoiding things that could expose my psoriasis, I yearned for normalcy.

But my fearlessness was gone by the time my grandmother took me to the store to shop for my evening gown. I was envious of the girls around me, basking in their excitement, while I was sickened by doubt and anxiety. If it weren’t for my grandmother, I would have run right out of the store and quit the pageant. I was snappy and irritable, but she calmly helped me choose an elegant strapless floor-length white dress with sparkly embroidery that covered the front and trailed down the back of the gown.

During the last dress rehearsal my fear was at an all-time high. What are the other girls going to say about my skin? In an instant I became my biggest enemy; negative thoughts in my mind began to run loose like water from a broken dam. Why did you do this? Your skin is ugly. Look at those nasty spots on your skin. Quit before you embarrass yourself. I stood there wearing my short-sleeve shirt for our dance routine, trying to hide my arms, as fear, worry, and shame did a triple attack on my spirit. After practice I went home and cried profusely. I told my grandmother I was quitting the pageant. There was no way I was going out there on stage! She listened and suggested we go shopping for body makeup. That made sense.  I dried up my tears and decided to give it a try.

The body makeup wasn’t a perfect fix, but it made me feel more comfortable and confident. The day of the pageant, I strutted up and down the stage and gracefully performed my talent, wowed the crowd with my interview, and modeled my gown. It was obvious something was up with my skin, but I didn’t care, and it seemed nobody else did either.

And then it was time for the winner announcements. We stood together in anticipation, holding hands. Within my heart I already felt like a winner because I had beaten my fear and shame and stopped denying myself the joy of putting myself out there. They announced the 2nd runner-up, and I applauded. Next, they announced the 1st runner-up, and I felt good for the girl whose name they called. “The 2004 Strawberry Festival Queen is…” and this time, they all cheered for me!

That night, I won in more ways than one."

About the Author
Alisha Bridges is a media and marketing professional as well as an award-winning writer and community advocate.