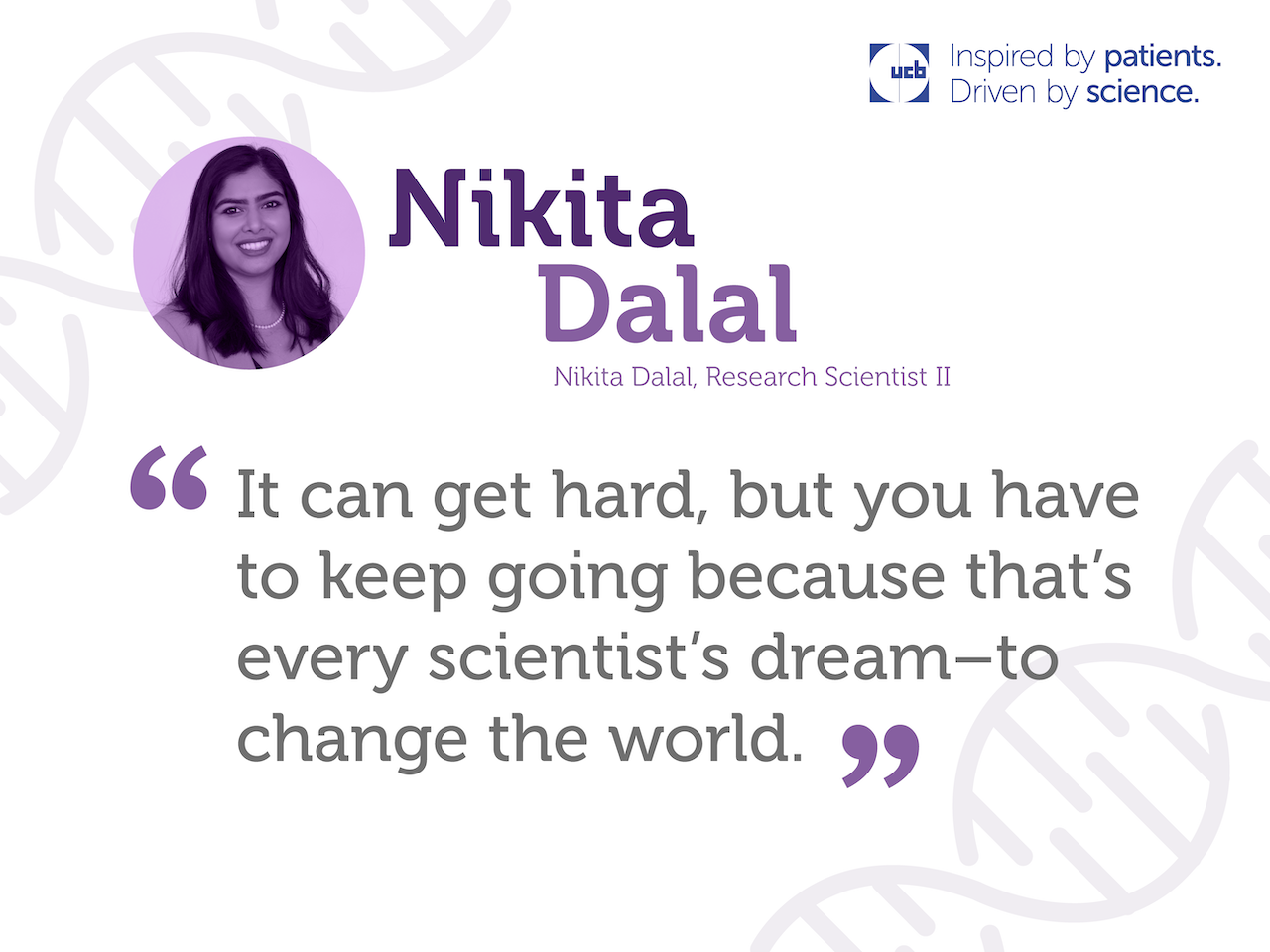 Nikita Dalal first became fascinated with biological science after learning about the kidneys in a high school science class. From there, her foundational inquisitiveness about the field of science and its endless discoveries motivated her through college and eventually earning her degree in molecular biology. During her master’s program, Nikita realized what she loved most about science- the many possible solutions there can be to one problem or question.

“Everything could be going wrong, yet I would still feel so motivated to discover and become closer to more and more solutions…that’s when I realized this is what I am passionate about,” she said.

At that time, Nikita had already seen women achieve in the field of science as her mother was a scientist to. It was not until Nikita entered the industry that the realized she would often be the only woman at the table. But as many other women scientists, she does not let this fact intimidate or prevent her from speaking up and striving in her position.

“It can be a heavy burden for some women to represent the entire population of women in science, but I also think that it makes us work harder and become a stronger unit as we feel that responsibility to strive to be the best for all those other women who aren’t here yet,” she said.

Today at UCB, Nikita is a part of the functional genomics team in Durham, NC. This diverse team of scientists focuses on gene therapy including studying various proteins and platform development for gene therapy projects. She joined UCB after the biotech company, Element Genomics, was acquired as a subsidy to UCB two years ago. Reflecting on her experience at UCB, she values how UCB prioritizes creating a team-oriented culture and utilizing many different areas and levels of expertise within every team.

“The most fulfilling part of what I do is the long-term achievements. You can spend your whole career hoping that you will discover something that will catapult a treatment or become groundbreaking work. It can get hard, but you have to keep going because that’s every scientist’s dream- to change the world,” she said.

UCB is proud to employ passionate scientists like Nikita who exemplify UCB’s vision to continuously work to advance science and embrace new knowledge.